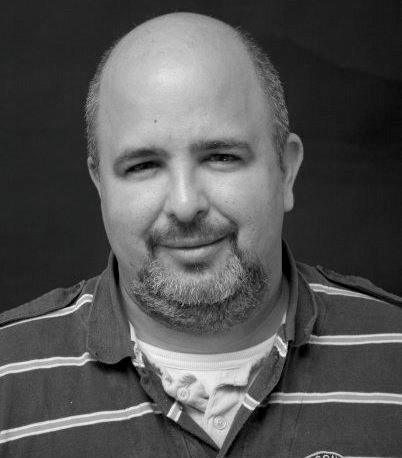 Dan Littauer is a journalist who specializes in LGBT current affairs, travel writing, feature writing and investigative journalism. He also works as a guide throughout Scotland and England.

He also had an extensive career outside journalism, which included teaching psychoanalysis and social science, and consultancy work for the travel market.

Dan works also as a travel guide in Scotland and England, providing expert and bespoke travel consultancy for visitors.

In addition, Dan is known to write the odd entry on his personal blog, where he posts thoughts, poems, rants, music, pictures, or anything else that occupies his mind on the day.

When he is not busy writing or guiding, he can be spotted rambling around the stunning Scottish landscape, where he lives, spending time at home with his cat.

My mission is to provide high-quality journalism for news, travel and culture-intense people who care about LGBTQI rights. I deliver high quality journalistic work covering a multitude of topics and across a range of local and regional press, television, online platforms, photography and books. I’m highly motivated to step outside of my own experience, engage with LGBTQI communities worldwide and empower them in their quest for social justice and equality. My wealth of contacts and proficiency in five languages enables me to bridge across cultures and highlight often unexplored and neglected issues that challenges conventional wisdom.

My work culture aims to inform and equip the public on consequential issues, especially regarding LGBTQI rights as well as highlighting often unexplored issues, places and people. In my work I consistently deliver ground-breaking investigative LGBTQI journalism which always encourages a culture of civic grassroots participation.  I strive to be fair, objective and impartial while being committed to the values I outlined.  I believe in producing journalism that shines a light on exploitation of the weak by the strong and on the failures of those with power to vindicate the trust placed in them. While journalism is a highly competitive industry, my work culture always involves contacts, journalists and teams world-wide to deliver ground breaking collaborative ethical reporting which sticks to facts and lets readers make up their own minds.